Listen to the details of the attack from SafeBreach Labs’ Tomer Bar:

What you should do now

The new attack methods for US-CERT AA21-062A are already in the SafeBreach Hacker’s Playbook and ready to be run across your simulators. The Known Attack Series report is updated so you can run the specific attacks from this US-CERT alert. From the Known Attack Series report, select the US-CERT Alert AA21-062A (Hafnium) report and select Run Simulations which will run all the attack methods. 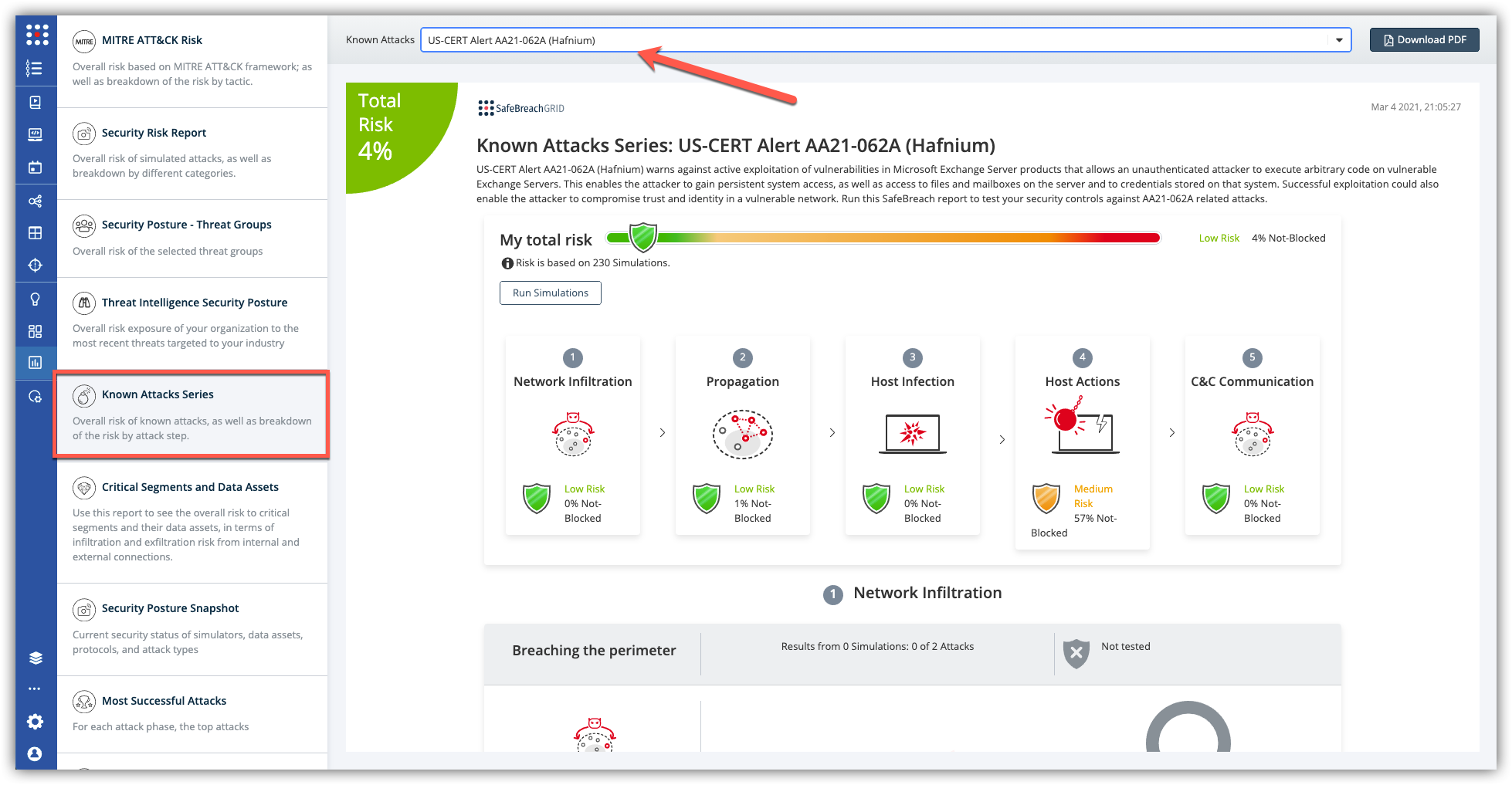